Long, long ago, in a small village near the sea in the south of Japan, lived a young fisher named Urashima Taro. Although he was a fine fisherman, he was most known for his kind heart.

One day, as he returned home from his work, he noticed a group of boistrous children. As he drew near, he saw that they were tormenting a small turtle.

Urashima Taro’s heart went out to the turtle.

“Children, that is such a fine turtle. Why not help it back into the sea?”

The children only laughed and continued to poke at the poor turtle.

“If you will give me the turtle, I will give you the money from my catch today,” said Urashima Taro.

The children looked at the large catch of fish and decided to sell the turtle.

The kindhearted fisher spoke softly to the turtle. “You, my friend, will live a long and full life in the beautiful sea.” And he set the turtle into the waves.

Some days later, Urashima Taro went as usual to the sea to fish. His line hung still in the water and his mind followed the turtle deep into the sea. 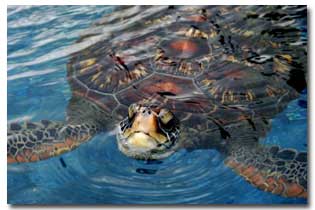 When he turned his attention to the world around him, he saw a large and ancient turtle at his side.

"Urashimna Taro-San, I am the one you saved from the children," said the turtle. "As repayment for your kindness, I am here to take you into the presence of the king who lives beneath the sea. I will carry you on my back, and although we must travel far, we will soon complete our journey."

Urashima Taro left his fishing line behind to slide into the green sea. He straddled the turtle's shell and grasped the front of the strong front flippers. No sooner was he settled than he found himself gliding down, down, endlessly down. 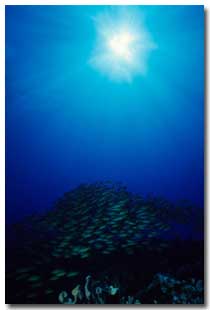 As the light from the sky dimmed and disappeared, a new light glimmered ahead. The turtle swam directly to the light.

At last they came to an opening in a wall of coral guarded by swordfish who stood aside for the turtle.

Once on the other side, the turtle said, "You can walk safely here."

The fisher dismounted, and to his amazement, he found that he could walk freely in this magical underwater world.

The turtle guided him down glittering avenues lined with waving sea grasses. Behind the grasses, curious buildings of pale yellow, pink, blue, green, and violet turned their faces to the passersby. Sea horses, dolphins, jellyfish, and crabs mingled in peace and harmony. All gave obeisance to Urashima Taro.

A vast square, wider than the whole of the fisher's village, led to a sweeping stairway that took the travelers to the door of a majestic palace. Servants stood aside and bowed low as the turtle led his guest into the throne-room.

The turtle and the fisher knelt and bowed before the richly-robed king.

"Is this the fisher who saved you?" asked the king.

The turtle raised his head and replied, "Yes, Majesty."

"Come, fisher," said the king. "We have prepared a great entertainment for you."

The king turned to his right and said, "My daughter."

A beautiful young princess rose from the throne below and to the right of the king. Her many kimonos blended the colors of all the fish of the coral reefs. Her sleeves reached the tatami. Her long hair like black silk was crowned by a royal headdress. She bowed as she turned to Urashima Taro. He, in turn, fell to his knees and pressed his forehead to the tatami.

"My daughter will be your guide," continued the king.

The princess said, "Fisher, helper of the wise turtle, follow me."

Urashima Taro rose and followed the princess. Together they visited the sea creatures, both those the fisher knew from home and others more wonderful than he had ever imagined.

Together the princess and the fisher banqueted on delicacies brought from the seven seas and prepared by the best chefs. Together they read from the old scrolls.

Every day lobsters and crabs played the biwa and the koto. An octopus played the taiko drums. Dolphins, whales, and squid danced while tuna fanned the princess and her guest. The sights, sounds, and tastes were beyond any the fisher had ever experienced in his life above the waves.

He lost track of time as he listened to strange music, ate royal delicacies, and read the tales of the old ones from the sea.

One day he began to miss his home. Although he tried to keep his spirits happy, the princess guessed his thoughts.

The next day, when Urashima Taro answered her summons, he saw his old friend the turtle with the princess. "It has been our pleasure to share our life with you here beneath the sea to show our appreciation for your kindness to the turtle," she said. "Now, we understand that you wish to return to your own home."

"Your Highness, you have been so kind to me. I do not want to appear ungrateful, but in your wisdom, you have guessed correctly."

"We know your kind heart. We understand your gratitude. Now we have summoned the turtle to take you back to your home above the waves. We have a gift for you. It will bring you happiness."

The princess held out a black lacquered box, beautifully made and decorated with the most precious art of the sea. It was tied with an elegant red ribbon. "As long as you own this chest and leave it closed, happiness will be yours."

Urashima Taro received the chest in both hands and bowed low. "I shall guard it always as a remembrance of your kindness," he said.

With that, he mounted the back of the turtle and began the return journey to his home above the waves. In what seemed like no time at all, the fisher found himself standing on the same beach where he had rescued the turtle. The turtle bowed his head and slipped once again into the sea.

Urashima Taro hurried to the village, anxious to share his adventures with his family. But to his amazement, all was changed. Search as he might, he could not find his home. When he asked after his family, only the oldest men of the village knew of them, and they knew only old stories of the fisher and his parents.

Urashima Taro thought to build himself a small hut just outside the village and begin again to fish. He had no one to share his plans, and sadness filled his heart. 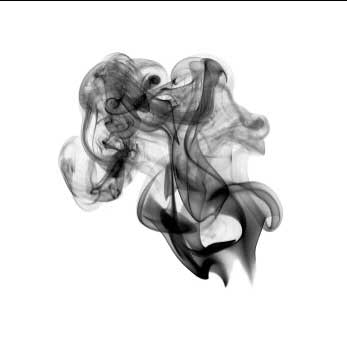 Early one morning he took the chest to the edge of the sea and thought again of the beautiful princess and her enchanting world. Perhaps, he thought, she has left me some happiness inside the box. Ignoring her warning, he opened the lid. A tendril of smoke escaped from the box, swirled around Urashima Taro, and floated away on the gentle wind.

The fisher looked down at his hands. They were gnarled and deeply veined. As he turned in sorrow to walk back to the village, his steps were slow and halting.

A young boy passing by noticed an old man with long white hair and beard making his unsteady way along the shore. It was Urashima Taro who had pursued happiness over obedience so he had lost the protection against the effects of Time.

There are no recordings of the actual music that Urashima Taro heard.

It is forbidden to record in the kingdom below the sea.

But there are videos of modern people playing instruments he heard. The first one begins with the koto and ends with takio drumming. The second one features the ancient biwa.

Of course the dancing was also not fully recorded. But if you watch the video below and imagine the sea creatures instead of the women doing the traditional Japanese dancing, you may have a better idea of what Urashima Taro saw.Keep it slow and steady.


Keep it slow and steady.

Have your say about what you just read! Leave me a comment in the box below.
©2007-2012 Totally Tortoise Most of the things here belong to me. Some are on loan. I know which are which. Please click here to ask for permission before you copy anything, either photos or words.