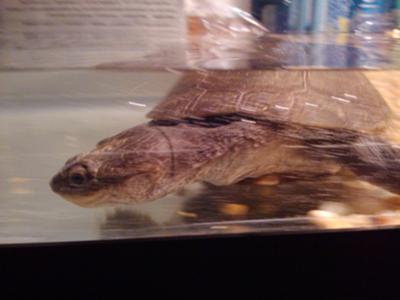 this is when I first got him, so he is in new tank with a bare bottom plenty of space and a good environment.

I'm trying to figure out if my turtle is getting sick or just tired because one day I woke up and he was just laying on his basting rock eyes oven and not moving. He looked DEAD so I touched him and he moved. I was also wondering if maybe he was tired because he sleeps for a few mins at a time then he is up moving around again, plus later he is like half asleep trying to hold his head up.