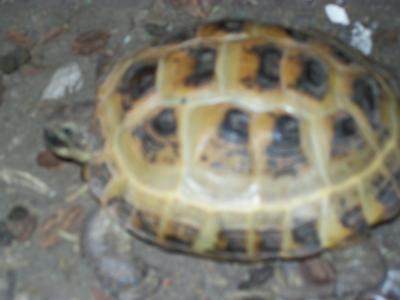 A couple of days ago, spring finally came to New York. Ever since then, my russian tortoise has been very antsy to get out of his cage. Obviously, I just thought it was the nice weather and let him stay outside and munch on grass for quite a while. However, he is still acting strangely, and even when he's outside he just walks around quickly, like he's heading somewhere, but he continually changes his direction. Also, he keeps trying to get out of his cage and scratching at the glass. He simply doesn't look like himself anymore. He seems to be afraid of something, but I have no idea what it is. He isn't eating half as much as he used to, either. Besides the weather, nothing appears to have changed. What could be wrong with him?