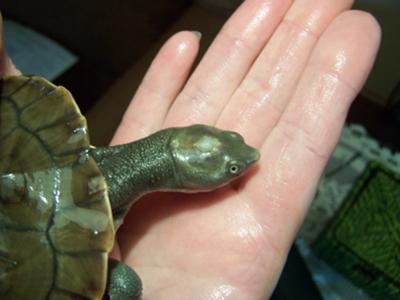 Hi I've got two murray river turtles about 8 months old. Ive noticed the smaller of the two has developed a round white spot on the top of its head. He likes to hide under the floating deck as he is quite shy. The larger turtle is very bossy and much more aggressive but only has small spots on the side of his head. I'm worried that he is rubbing his head on the deck and damaging his skin. Is this normal behaviour for the shy ones?